This page lists the CNZ Corporate Newsletters that are available for download. Please click on the topic titles for viewing. Note that some files may be large (up to 2MB), so if you experience any problems, please right-click and select 'Save Target As...' instead. 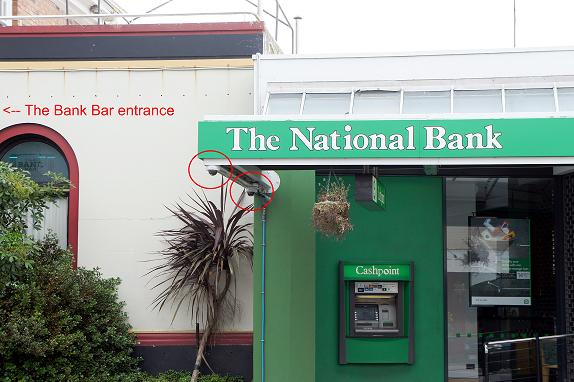 Sydney hosted a security tradeshow recently and there are several updates relevant to New Zealand.  A magazine article circulated at the tradeshow reported that the private security industry is growing at a faster rate than both the increasing rate of growth in police numbers and the Australian population. The private security industry there has over 5500 businesses and this is double the size of police services around the country (Security Insider Aug/Sep 2011).   Another article quoted the results of an independent survey conducted by the Australian Chamber of Commerce and Industry.  The survey revealed that 60% of small (1-19 employees) and medium (20-99 employees) business owners had suffered a security breach.  47% of them lost up to $20K each, 10% lost up to $100K, and 3% lost more than $100K.  The most common causes of loss were theft and vandalism of physical assets.  The survey also identified that small and medium businesses did not rate security as a critical factor in the running of business and one third of businesses owners surveyed did not think investing in security was important.  Obviously, business owners have more important agendas in mind such as making sure more customers come in the front door and they overlook the risk of wealth being piped out of the back door.

There may be another perception issue too.  All citizens and businesses pay taxes to the government which in turn maintains a strong police force to maintain law and order.  Security and safety is therefore somewhat assumed or assured in well developed countries like Australia and New Zealand.  In reality, the police are not responsible for the prevention of private business loss due to theft or vandalism as they focus on law enforcement.  Businesses have to arrange individual private security for loss prevention.  The police cover public spaces whereas individual businesses have to cover their own private space.

In the meantime, private security has made some obvious progress.  It is in the adoption of computer, digital and Internet Protocol (IP) technologies.  The Sydney security tradeshow was mainly fielded by 2 categories of vendors- video surveillance (cameras and recorders) and physical access control (door locks and access cards).  Camera vendors have mostly gone onto IP but access control has not.  Obviously we would be interested to see the uptake of IP technologies by access control and were disappointed to find that most if not all efforts are proprietary as against open standards.  This means that whilst we will continue to enjoy the benefits of IPVS systems, we have to wait some time for access control to come to the party.